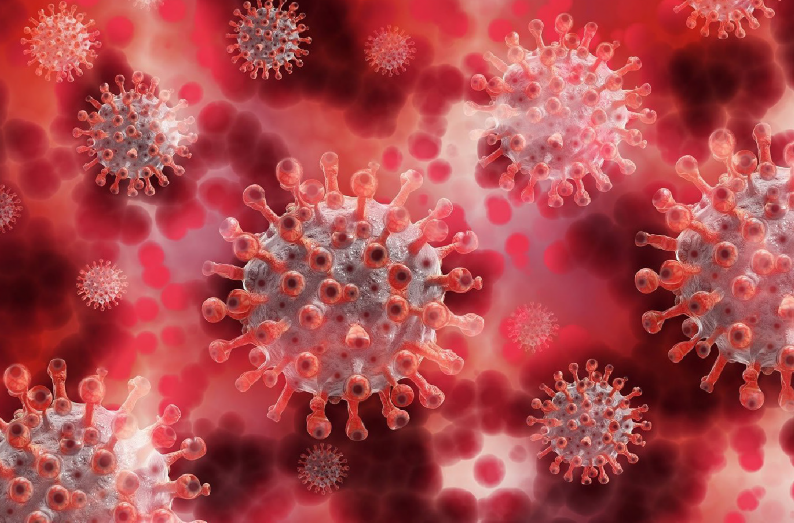 Only the adaptable will survive

Companies are thinking way outside of the box to survive the COVID-19 pandemic.

THE PANDEMIC has suddenly made ‘agility’ a key survival skill, rather than just an aspiration for businesses. Here is a look at how some companies have swiftly adjusted, pivoted (sometimes radically) and improvised on the fly.

While luck and having adequate cash have been important factors in determining which companies make it through the pandemic, the ability to rapidly adjust and adapt has become the key to survival for many companies. Uncertainty reigns supreme and it seems everyone is figuring this out on the

fly and learning as they go. Regarding the ‘luck factor,’ there have been enormous differences in the impact of the pandemic on different industries. As outlined in The Coronavirus Pandemic’s Impact on Different Sectors and Their Supply Chains, you can roughly view the economy as falling into three categories of sectors:

Make a lot more … right now … we need it yesterday!

For those in category 1 (extreme-increased- demand sectors), the challenges are around how to ramp up production to meet surges in demand.

Well before the pandemic, 3M recognised that its N95 mask business was one where demand would not always be steady; where events could cause demand to explode. The company prepared in advance, developing surge capacity by having dormant production lines ready to spring into action, sourcing locally with suppliers and ensuring those suppliers were always prepared to rampup raw materials deliveries, and putting in place emergency response teams and plans ahead of time.

That preparation enabled 3M to double the global production of N95 masks in just two months to about 100 million per month. That would have been impossible without the investments it made in advance. It is now investing more in new equipment to reach a production capacity of two billion masks per year within the next 12 months, all while following protocols to keep its production workers and other employees safe.

The demand for mechanical ventilators has surged even more. By some estimates, the demand is about 100 times the normal rate for the industry. In this case, automotive and aerospace manufacturers in both North America and Europe are stepping in, leveraging their existing manufacturing capacity, supply chain expertise and machines at idled plants and repurposing them for ventilator production. This has required rapid massive knowledge transfer from traditional ventilator manufacturers. It also required a radical shift of production techniques from assembly line to workbench production approaches.

GM is working with Ventec Life Systems in Seattle. After sending its engineers there to review the designs, GM lined up 100 suppliers that weekend. When it discovered there were a few dozen parts that these 100 suppliers couldn’t make, emails were sent to nearly 20,000 suppliers with the drawings and specs for what was needed. Within a week and a half, many of the components were being produced, a process that would normally take about six months or so.

For many sectors, overall demand has not changed dramatically, but with people under lockdown, the patterns of consumption have shifted dramatically. No more eating out, a lot more home delivery, a lot more baking and cooking at home, and toilet paper being used a lot more at home and a lot less in ofices, restaurants and public places.

challenge of redirecting inventory through different channels of distribution. The manufacturing processes and machinery are different between commercial and consumer toilet paper. The toilet paper manufacturers have been scrambling to ramp up production of consumer-grade toilet paper while keeping employees safe. As with many other businesses, this has involved new procedures such as staggered start times and breaks, temperature check upon entry, only pre-packaged food in the cafeteria, maintaining distance and conducting all team meetings via video conference, even if everyone is at the plant.

Meanwhile, there is so much uncertainty for the future: will demand for home toilet paper continue at its current level or decline as the economy reopens? Will the hoarding that took place in the early part of the pandemic cause a downturn of demand for a while? Perhaps one lesson here, which many automotive companies have learned, is the value of flexible production capabilities, where the same line can produce different types of products, to deal with uncertain demand.

Bending the rules when lives are at stake

One example I heard of thinking outside the box and bending the rules involved a project manager for a moving company in Illinois that specialised in ofice moves. Demand for its moving services had dried up and business virtually ground to a halt due to the pandemic. The company, along with thousands of other Illinois businesses, had received a desperate plea, via mass email, from the state of Illinois, asking if anyone could help find and procure PPE. This person was in the moving business, not the PPE business. Nevertheless, with the help of a trusted connection of a connection of a connection, he was able to line up 1.5 million masks from various manufacturers in China … but with the huge caveat that they must be paid for upfront within 24 hours (that was the only way these Chinese factories would do business under the current circumstances).

Because lives were at stake, the state assistant comptroller took an enormous leap of faith, bending the normal rules, and agreed to pay upfront. She temporarily shut down the payment processing system for the entire state of Illinois to get that one check printed, and then personally drove it down and handed it off to the buyer in a McDonald’s parking lot almost 100 miles away, so that the $3.5 million check could be raced to the bank and deposited just in time for the deadline – more like a scene from a movie rather than business as usual. In normal times, that would probably have gotten the comptroller fired. But these are not normal times. The gamble paid off; Illinois got their masks. Now that is thinking and acting outside the box.

One sign of how unusual these times are is how freely businesses are sharing their COVID-19 best practices with others. Lear, a global manufacturer of electrical systems and seats for cars, published its 83-page Safe Work Playbook for anyone, including its rivals, to download and use. Already in its second edition, the book includes topics such as setting up a pandemic response team, plant operating protocols, employee outreach and training and site certification.

Target has also published a 60-page document on Safe Retail: Considerations for Retail Operations Post COVID-19, and Black Sheep Restaurants (Hong Kong) published Standard Operating Procedures: COVID-19 Playbook for reopening restaurants. In short, businesses can leverage the work of others, and not have to figure it all out themselves.

Of course, a company’s cash and debt position still makes a huge difference in how well it will weather the storm. In industries where demand has shrunk, highly leveraged companies are failing. When we look at some of the early bankruptcies, we see companies failing that were already struggling, often with high debt and/or underperforming strategies. For example, Neiman Marcus was already in trouble due to its slow adoption of digital, cross-channel retailing and erosion of its differentiation in the luxury retail sector. On top of that, its debt burden had more than doubled, from $2.3 billion in 2010 to $5.1 billion this year. Its weak digital capability and over-reliance on store trafic, combined with a collapse in demand for luxury items during the pandemic, and its towering debt became a one-two- three punch, forcing it into bankruptcy. In contrast,

Macy’s, though still in a tough spot, has been able to leverage its real estate portfolio to raise $4.5 billion in new financing to weather the storm. This in no way ensures sustainable success – Macy’s will likely have to make some major strategy changes to survive in the long-term – but it should help it get through the current crisis.

Will this agility continue in a post- pandemic world?

There are many more stories of companies making nimble ad-lib adjustments during the pandemic.

This includes restaurants doing take-out and delivery, retailers offering curb-side pickup or by- appointment shopping, and more. The pandemic is bringing out the creativity and agility demanded to survive in trying circumstances. Perhaps we’ll see some of this agility and ability to rapidly adapt continue, even after things return to normal.