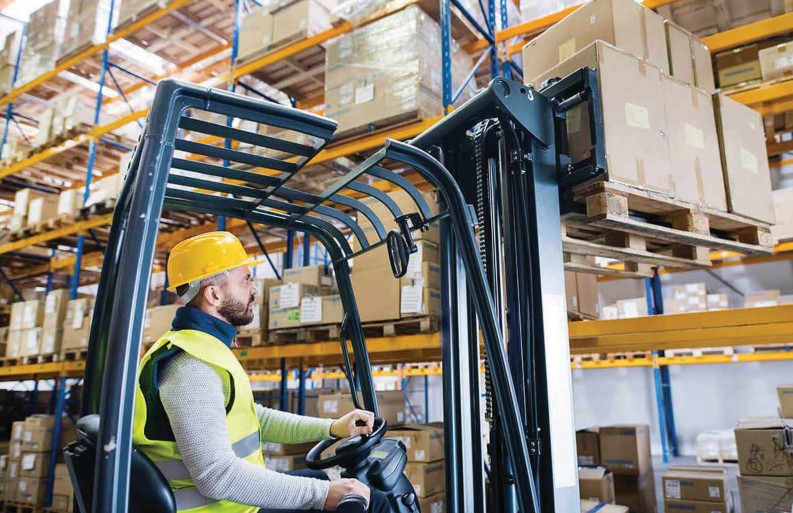 IN JUNE of 2007, I toured a recently opened 552,00-square-foot expansion to American Eagle’s Ottawa distribution centre. The new space was unique in several ways and was a precursor of things to come.

First, while no one was using the terms multichannel or omnichannel at the time, the facility was designed to manage inventory across three different brands – all stored in a central reserve storage area – and to fulﬁl orders across multiple sales and distribution channels.

Incoming cartons for which there was immediate demand were cross-docked to a store-bound truck. Otherwise, items were sent to reserve storage and picked using multiple pick methodologies, including voice picking, wrist- mounted scanners and pick-to-light, and then inducted onto a cross-belt sorter. At the pack stations, those items might go into mixed SKU cases for store replenishment, or multi-line and single-line orders that were shipped directly to consumers. And, it did so across all three brands.

Second, while no one was using the term warehouse execution system (WES) at the time, a WES software solution from Vargo was the heart of the order fulﬁlment processes. The Vargo system managed the picking and packing processes, pulling work through the facility based on what was happening at the pack stations. The idea was to balance the work, so all of the pack stations were busy all of the time, rather than having one station overburdened while another was waiting for work.

Fast forward to ProMat 2019. By then, every provider of automated solutions worth their salt offered what we now call a WES. But at the end of the show, I talked to John Schriefer from Lucas Systems, a provider of voice solutions. He described a new software solution that uses algorithms similar to those developed for automated facilities, but to manage the conventional processes typically directed by a WMS. They called it a WES, for work execution system.

Just a few booths away, Dan Gilmore, the Chief Marketing Officer for WMS provider Softeon, was also talking about a new take on WES functionality to optimise conventional picking processes, putwalls and autonomous mobile robots in a way that WMS alone could not.

Bringing real-time order allocation and optimisation of the conventional worker was a new take on WES. It is a development that Dwight

Klappich, Research Vice President and Gartner fellow, is watching. “What companies like Lucas, Softeon, Manhattan and others are talking about is the ability to apply more robust constraint-based planning techniques to the warehouse,” Klappich says. “These systems are designed to assign work in the most efficient way possible and then dynamically reassign that work based on changes to what’s happening on the ﬂoor.” If the system I saw in 2007 was WES 1.0, then we’re on the verge of WES 2.0.

These solutions do something else as well, which is to put computing power and decision- making capabilities on mobile computing devices at the edge of where work is being performed. It’s an example of bringing edge computing to the materials handling world.

Taking it to the edge

Back when printers, scanners and mobile computers became truly mobile, the pitch was that wireless connectivity allowed you to take devices to the point where the work got done. But those devices were essentially dumb terminals that served as conduits to a warehouse management or enterprise resource planning (ERP) system. Those systems knew what tasks they had assigned, but they were essentially in the dark until an associate scanned a barcode, read a check digit or tapped a light bar when a task was complete.

That gap between when a task was sent to the ﬂoor and when it was completed created the opening for work execution systems. In this new model, the WMS still manages inventory and receives orders from the order management system. Those orders are then sent to the work execution system for fulﬁlment. In addition, the system, like the Uber app, knows what is happening in real time.

Where earlier systems were oriented around the management of inventory, this new approach is centred on making the worker as productive as possible. Putting intelligence and decision-making capabilities at the edge enables the sophisticated optimisation of people and work.

There is another reason for moving analysis and decisions to the edge. Work execution systems create dynamic workﬂows based on what is happening with a facility’s resources and assets at any given point in the day. That allows the system to allocate work in an optimal way. While these systems are in their early stages, as they proliferate and gather more data, they will be able to use artiﬁcial intelligence and machine learning to improve performance in the future.

Other solution providers are also looking at how the WES can optimise pick-to-cart operations. Let’s say a batch order requires 1,000 items. Because the system knows where those items are located, it can release orders so an associate with a 10-slot cart gets 10 orders that have items stored next to one another, essentially slotting the cart. Another approach is to dynamically discharge totes as orders are completed, opening a slot for a new order that can be picked as the cart continues toward packing. In the future, the system will be able to consider factors like labour productivity and order cut-off times when assigning work.

Where is this fast-moving space moving next?

In the view of Fortna’s Russ Meller, artiﬁcial intelligence and machine learning are coming, as is the ability to make better use of labour based on real-time productivity levels and activity in the warehouse. “What everyone is striving for is visibility that allows you to allocate labour to optimise multiple upstream and downstream processes,” Meller says. “I think that’s where we’re headed.”